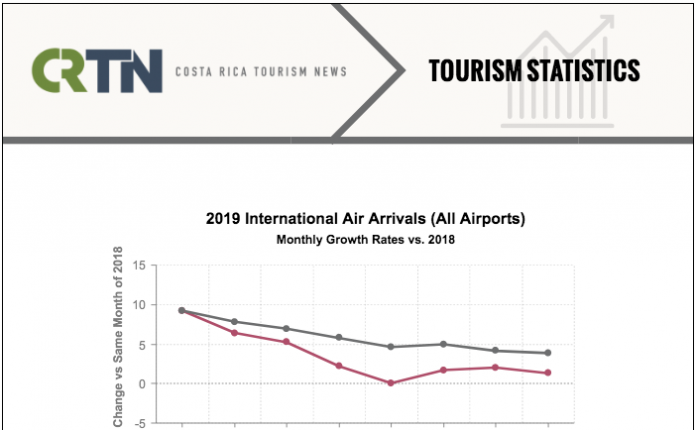 It’s time again for another round-up of the tourism statistics published every month by ICT. In our last analysis, it looked like a slight rebound might be under way, following an apparent slowing of growth in international tourists. Two months on, how’s it look? Here’s the good and the bad.

First the bad news: After the positive start to the new year, growth in arrivals continues to shrink. Though there was a slight rebound in June (+1.7%) and July (+2.0%), August  (+1.3%) showed a slight resumption toward the downward trend we’ve seen through the year: 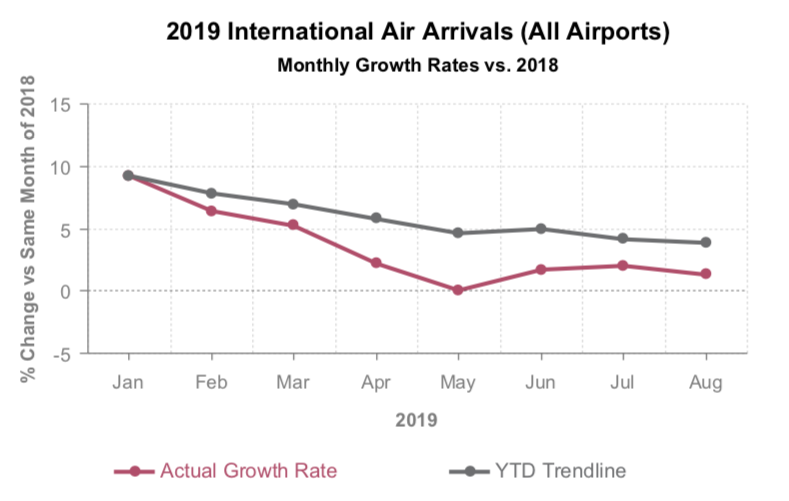 It hasn’t necessarily been negative for all regions, however. It appears that (except for a sharp contraction in April and a small one in June) arrivals to Daniel Oduber Quirós airport (LIR) have seen mostly positive growth this year: 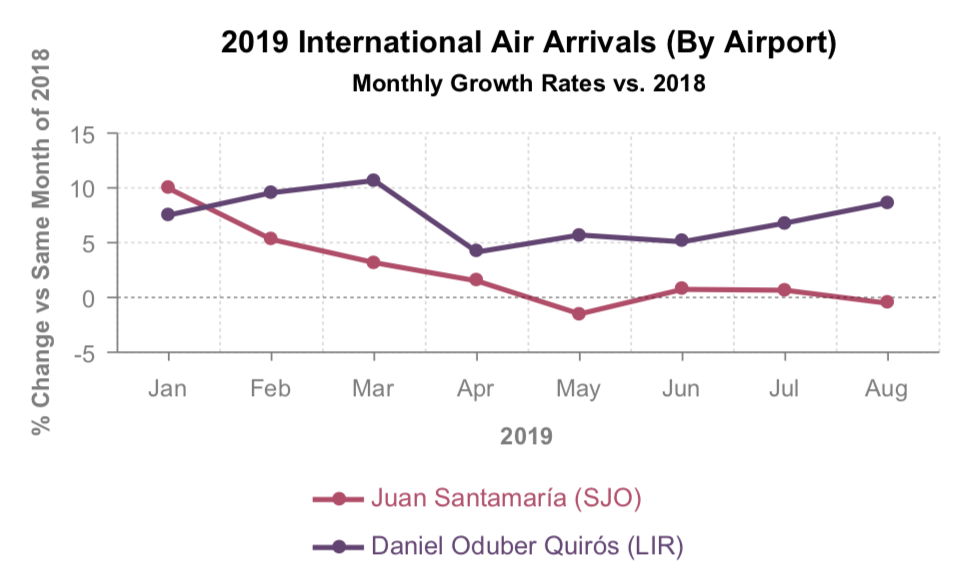 Of course, as LIR accounts for only a quarter of all airline arrivals to Costa Rica, its positive growth does not have as significant an impact on the overall economy as does a contraction in arrivals growth through Juan Santamaría (SJO) airport. Still, the contrast is an interesting one, and we’re curious about what actual impacts on tourism operators in Guanacaste these figures represent, in comparison to other regions.

Meanwhile, in the good news portion of our reading of the stats, growth in arrivals continues to be positive for Costa Rica overall, especially through SJO, even if the growth rates (as shown in the charts above) don’t demonstrate it visually.

The chart below shows average monthly arrivals for each airport, for the past six years. That’s actual arrivals (ie: bums in plane seats), not the change in growth rates that our other graphs show. Seen from this angle, things look pretty good, despite the recent weakness in growth rates. 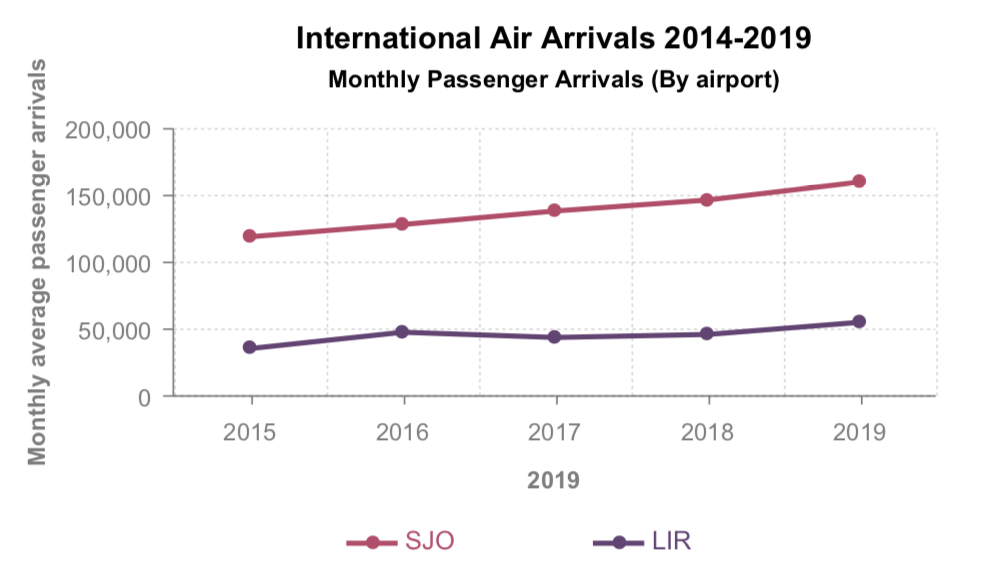 The chief question that arises for us here is: if growth continues to be consistently positive for Costa Rica overall, why do we hear so many reports of recession from hotel operators?

We’ve speculated previously on the impact of short-term rentals on the industry, and that may remain a factor in the impression that conventional rentals are suffering, though these stats suggest that the problem may be broader than that.

In the absence of other plausible explanations, it seems likely that – simply – Costa Rica is adding new room stock to the market faster than the arrivals growth rate can provide customers to fill them. If that’s the case, the market should ultimately correct for this, though that may mean that weaker competitors are ultimately squeezed out, an effect that may be accelerated by the introduction of modernised taxation and regulation of the industry.

Here’s a PDF infographic containing these charts, should you wish to print or save. To share on Facebook, simply use the “Share” button at the top or bottom of this page.