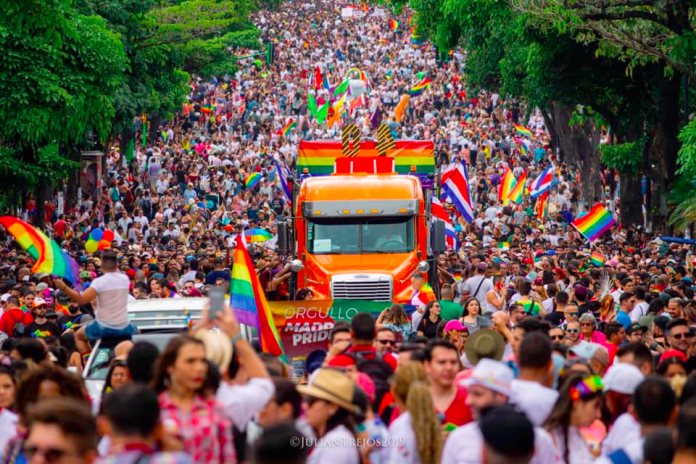 It’s a good thing that most LGBTQ tourists don’t read local politics and forum posts on social media when planning travel to Costa Rica. If the online chatter about Costa Rica’s upcoming legalisation of marriage equality is any indication, one might think that the commenters were from Uganda or somewhere else where same-sex relationships are openly vilified.

The hostility of some of these commenters is actually quite surprising. In Costa Rica there isn’t anywhere near the same levels of physical violence against the LGBTQ community that are reported in many countries with high opposition to officially-recognised same-sex relationships.

On the positive side, many Costa Ricans see their country as an oasis of progressiveness in a sea of political unrest and uneducated, conservative views on social issues. Besides the hard work of LGBTQ Ticos and the National LGBT Chamber of Commerce, the path to equality and social acceptance is also supported by some influential businesses, such as the Marriott chain, which has been proactive in advancing LGBTQ acceptance (see Brandon Schultz’s Forbes article on this subject).

Another positive development is that the controversy surrounding marriage equality has galvanized LGBTQ Costa Ricans, which has encouraged large numbers of them, and their supporters, to speak up publicly in support of equal marriage.

Despite a majority of Costa Ricans not supporting same-sex marriage, President Carlos Alvarado has pressed ahead. Even though the supreme court has determined that same-sex marriage must become law in 2020, opposition parties are actively engaging in trying to reverse the decision. Sadly, as is common in many countries, same-sex rights is used as a political football to exploit division in the hope of electoral gain.

Having lived here for 15 years, I believe that sanity will prevail and that marriage equality for all will become law of the land in the year ahead.