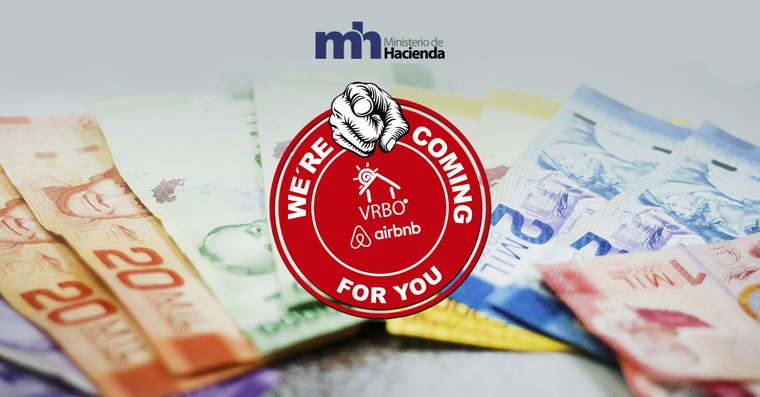 The new 13% VAT, or Value Added Tax, being introduced in Costa Rica is intended to target cross-border transactions and will include a broad swath of services that include Spotify, Netflix, and more specifically, Airbnb.

According to QCostaRica, Airbnb hosts in Costa Rica – which are currently unregulated – “received about 524,000 guests during 2018, which was an increase of 54% compared to the previous year.” To date, these businesses have not been required to contribute to social services or taxation as is the case with the formal hotel sector. Be reminded, Airbnb rentals where a person shares a room in their home is a very small part of the business.  The huge majority is people renting whole homes, apartments, condos, etc. This explosive growth and evolution has made it impossible to ignore, for economic reasons as well as those of fair competition.

The Regulation of the Law on Value Added Tax has not yet been passed by Costa Rica’s Legislative Assembly, but it has been published on the government’s official information distribution site, which suggests that its passage is all but certain. While not light holiday reading, it appears that the VAT law will require that Airbnb service providers register with the tax authority and ICT, have the ability to issue electronic invoices, and ensure customer safety (the latter presumably a by-product of being registered municipally as a tourism business rather than through regulation within a tax law, though this remains unclear).

La Nación (who clearly read more of the law’s 160 pages than we did) says that the law will include some exemptions. For instance, other existing laws that assign contracts to provide tax incentives for tourism construction will be honoured, at least for the duration for which those contracts were negotiated. In addition, construction service providers, such as welders and electricians, for example, would begin with an exemption but would become subject to the VAT law on a graduated schedule.

While we imagine that many Airbnb/VRBO hosts will be disappointed with this development, we can also see that that market sector has grown and changed considerably since its early days, and that it must assume a role more engaged with industry norms and be integrated into the Costa Rican formal economy.

Serious short-term rental business people should welcome this development. The market has become extremely competitive and nightly rates are hardly sustainable for many. This move into the formal economy will encourage those unwilling to comply to exit the market and consequently nightly rates will go up and investors and home-owners involved in short-term rentals will have a more secure future. It should also increase the value of their short-term rental property value if it is successful and legalized.

We look forward to a spirited-but-respectful discussion of these subjects in the comments!

Ads to promote tourism will be published in airline magazine, says...