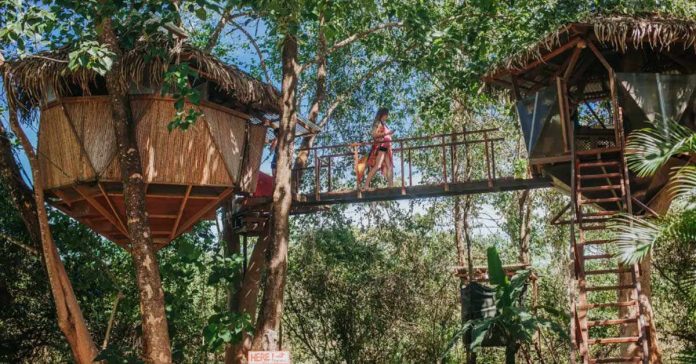 Costa Rica’s plan to regulate short-term rentals (STRs) like Airbnb and VRBO (bill 20865, “Regularization of non-traditional hosting and its intermediation through digital platforms”), is working its way through the legislature and is expected to be voted on soon.

QCostaRica reported yesterday that Carlos Muñoz, a director for Airbnb Caribbean and Central America, fears that the regulations and taxes – especially the patente – will be too onerous for many small operators, like single mothers who rent rooms in their homes in an effort to make a little extra money.

Of course, as the article’s stats suggest, single mothers who rent rooms in their homes is likely a diminishingly small segment of the STR market. Airbnb “currently has 24,600 accommodations in Costa Rica”, according to Airbnb data provided by Q, “of which approximately 62% are full houses, 36% are private rooms and the remaining percentage are shared rooms.”

That phrasing is mildly deceptive: “remaining percentage” when expressed as a number is 2%, which equals 492 shared rooms out of almost 25,000 listings. We’d guess that single Tico mothers who rent rooms is a pretty small segment of the STR market. Even if many of the 36% of private rooms are being rented by single mothers (we’d like to see some evidence of that), those are rooms that have been removed from the market as local housing for Costa Ricans for the benefit of tourists. Being treated as businesses seems reasonable.

That’s not to say that there might not be grounds for bill 20865 to be amended to make the new regulations less onerous economically for the few single mothers who do rent rooms occasionally for extra money (perhaps by recalculating or eliminating the patente for rentals below a base threshold), though other parts of the regulations, like income tax and business licences seem reasonable, the latter which helps to ensure safety for tourists.

Airbnb, for all of its historical semi-bohemian, shared-room culture, can no longer realistically be described that way. These days, it’s largely an accommodation industry sector that competes with other businesses in the sector, and it’s time to start abiding by industry norms.