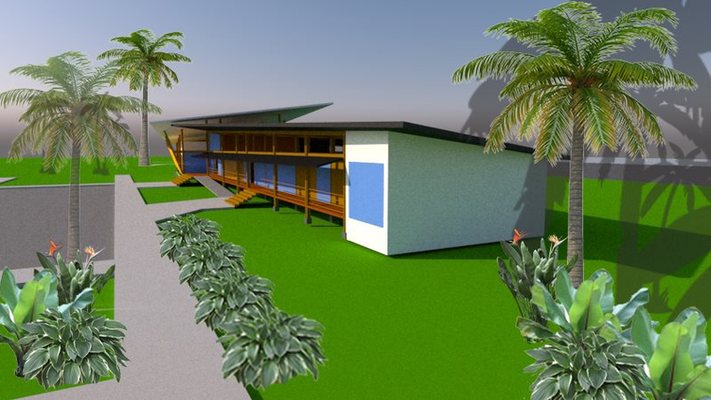 Costa Rica’s Directorate General of Civil Aviation has announced that the start of construction has been approved for a new 1.758 million colones (US$3 million) passenger terminal for Limón International Airport. The new terminal, the construction of which is supported by Limón’s municipal government, is intended to be completed by mid-2020.

There is no talk so far about expanding the runway to handle bigger planes. However, there will be new runway lights that can accommodate evening flights. This will be very useful for other possible flight times after 5pm. Having a late flight will allow more passengers to do a same-day transfer from San Jose to the Caribbean Coast. Sansa has talked about the possibility of adding this late flight in the past, but nothing could be done till runway lighting was adequate.

Given that Limon airport already has customs and immigration stationed at the airport, it opens possibilities for new routes to places like Roatan, Belize, Corn Island, St Andres, Cartagena, Panama City etc. It will also allow stop-over while flying to Bocas del Toro.

Sponsored Content
Travel Agents and Local Caribbean hotels should note that Caribe Shuttle provides Limon Airport Express up to 3 times daily with service to Cahuita, Puerto Viejo and Manzanillo. All rates quoted are rack and are commissionable. Click here for times and reservations.