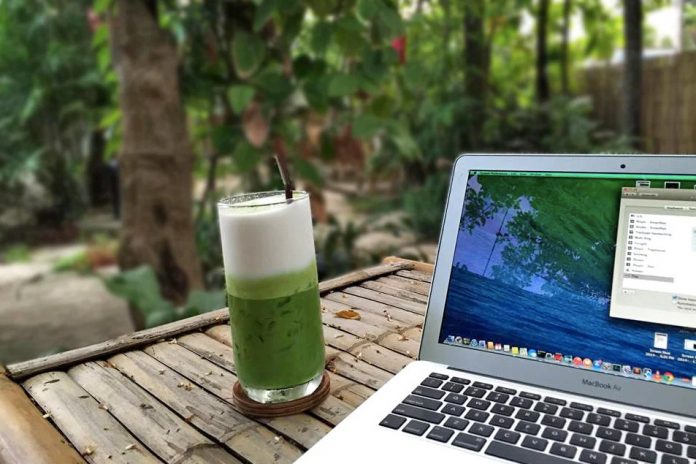 Telecommuting, telework, remote work… no matter how you say it, business as usual has changed for good.

The remote workspace offers a new frontier of sorts, ripe with possibility for companies to cut costs and diversify, and digital nomads are the pioneers taking the concept to the highest level. It is not just about working from home, but from a home-away-from-home. The flexibility to choose one’s “office” will set today’s employees free. Unchained from their desks, they’ll be provided an opportunity to travel the world AND make a living.

And what better place to remote work is there than Costa Rica?

Already, most multinationals have a percentage of their workforce operating remotely. The COVID-19 pandemic has proven that it works to a degree never imagined before. Companies are further discovering that not only do they save on office expenses, but staff working overseas adds cultural diversity to business production.

Based on conservative assumptions, we estimate a typical employer can save an average of $11,000 per half-time telecommuter per year. The primary savings are the result of increased productivity, lower real estate costs, reduced absenteeism and turnover, and better disaster preparedness.

Why Costa Rica? Big improvements in infrastructure and communications have transformed the country from third-world digital status to a competitive force quite capable of holding its own in the international market, especially in the capital city, San José, and major beach towns. The government is at the forefront of making serious remote working a reality, and entrepreneurs are developing strategies to attract skilled professionals interested in making the move.

Back in 2007, the Costa Rican Electricity Institute, ICE, launched a $59 million project called Frontera a Frontera, “from border to border,” and began laying a fiber-optic network to provide high-speed internet technology across the nation.

Today, the service is supported by submarine cable networks from both the Pacific and Atlantic oceans. Individuals and companies can acquire service with U.S.-grade up and download speeds from ICE, and several private companies offer high-speed packages with comparable bandwidth and quality.

Costa Rica already offers the citizens of most countries 90-day tourist visas, which can be extended every three months by leaving the country briefly—commonly known as the “border-run”—or requesting a temporary residence permit. What is further needed to make the country the ultimate worker’s hub is being implemented as we speak – even faster internet at the coasts and more hotels setting up good co-working spaces.

When asked if he thought Costa Rica was a potential hotspot for a remote worker revolution, Caya, the founder of a multi-million dollar tech startup company, Slidebean, answered that attracting big businesses to the country is a good beginning for “putting the startup ecosystem on the map.” The 30-something Costa Rican entrepreneur has operating headquarters in Costa Rica and New York City, in addition to a remote workforce.

“What’s needed is for the government to really get behind promoting the concept of attracting remote professionals [to Costa Rica]. With a clearly defined policy that’s supported and promoted by the ministries [Immigration; ICT; Health, etc.].”

By doing what young adults do best—challenge the status quo—Millennials and Generation Z (piggybacking on the bold and brave Generation Xers) are redefining work productivity and the hierarchical pyramid model of business by introducing a new paradigm that encourages more creativity and innovation from employees. Take Google or Apple for example. And it so happens that remote working is a big part of it.

The lure of living in big cities may be losing its shine, leading more younger people to being open to living in smaller communities, or even other countries. “Why would an employee working in an office in New York City or San Francisco fork over the bulk of their pay in rent to do a job in an office which they are perfectly capable of doing elsewhere? Forget that $600,000 studio in the Bay Area and go rural if your job allows it,” says Niall McCarthy in Why Higher Remote Working Rates Should Be One Of The Things We Keep After The COVID-19 Crisis

But even after the coronavirus no longer requires it, working from home is likely to retain a significant presence in corporate life

— DAVID STREITFELD, NEW YORK TIMES (WHITE-COLLAR COMPANIES RACE TO BE LAST TO RETURN TO THE OFFICE)

Colin Brownlee, owner of Costa Rica Tourism News, ClickAss Marketing, and Hotel Banana Azul, believes Costa Rica can become the next international hotspot for remote workers from across the globe.

“After the coronavirus pandemic passes, the country is going to need to diversify to make up for the revenue lost from halting tourism. And attracting this type of visitor/immigrant—one that is talented and skilled—will not take a lot of investment,” he argues.

Brownlee takes the concept of attracting digital nomads to the country one step further. He proposes that the government launch an initiative to attract remote workers by offering temporary residence status and Costa Rica income tax incentives.

“After being locked up at home for months on end because of COVID people want to get out, they want nature and fresh air. Costa Rica’s the perfect place,” says Brownlee.

And it makes sense. A Gartner, Inc. survey of 317 CFOs and Finance leaders on March 30, 2020, revealed that 74% of companies will move at least 5% of their previously on-site workforce to permanently remote positions post-COVID-19.

A typical telecommuter is college-educated, 45 years old or older, and earns an annual salary of $58,000 while working for a company with more than 100 employees. 75% of employees who work from home earn over $65,000 per year, putting them in the upper 80th percentile of all employees–home or office-based

“This data is an example of the lasting impact the current coronavirus crisis will have on the way companies do business,” said Alexander Bant, practice Vice President, for the Gartner Finance Practice. “CFOs, already under pressure to tightly manage costs, clearly sense an opportunity to realize the cost benefits of a remote workforce. In fact, nearly a quarter of respondents said they will move at least 20% of their on-site employees to permanent remote positions.”

A new “Temporary Residence” visa status will be made available to remote workers based on the following criteria:

Fact: The U.S. and Canadian citizens pay federal taxes to their countries no matter where they live.

What the Government and people of Costa Rica will get in return is an increase in educated and skilled workers in the country (a.k.a. a “brain-gain”), the attention of international businesses looking to hire these skilled workers, and a minimum of $40,000 per worker flowing through the economy year after year.

“We believe this remote work movement has the potential to create a new paradigm for work that is superior to both traditional office work and digital nomadism. The goal is to combine the best of both worlds, manifesting a future of work that is more productive, profitable, and fulfilling,” said remote work advocate and Principal at Cota Capital, Joe Blair.

Do the math. With just 1,000 of these professionals the country (spending a minimum $40,000 annually), an additional $40 million dollars circulates per year. Ten thousand remote work residents and we are talking $400 million dollars annually. Not bad for a relatively small investment in marketing and paperwork.

Finally, the economies and societies of places enjoy increased stimulus from workers telecommuting from “third spaces” such as coffee shops and coworking spaces

In a nutshell, Costa Rica’s Ministry of Tourism and policymakers have much to gain by providing the necessary marketing and ever-improving broadband infrastructure to attract today’s growing numbers of digital nomads.

Perhaps ideas like expanding existing visa programs to include one that gives incentives specifically for talented and entrepreneurial foreigners wishing to relocate will take root. The added smarts and skills can only result in positive innovations being sparked on national soil and will surely attract more foreign businesses and investment.