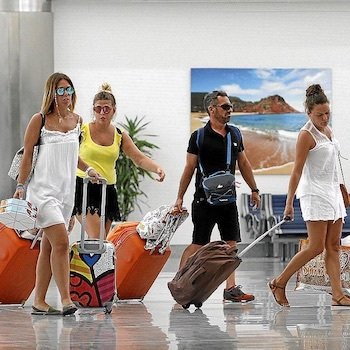 The Costa Rica Central Bank, with the collaboration of the Costa Rica Tourism Institute, presented the results of the account that registers the revenue for the tourism industry, known as the Tourism Satellite Account. The account calculates the contribution that tourism makes to the Gross Domestic Product (GDP) of the country. This year increased from 4.4 percent in 2012 to 6.3 percent in 2016.

According to the analysis, the tourism industry is one of the largest generators of income. In comparison, the contribution of computer services in 2016 was 2.2 percent, electric energy contributed 2.1 percent, medical manufacturing contributed 1.8 percent, and traditional activity such as banana cultivation accounted for 1.1 percent of GDP.

Eduardo Prado, manager of the Central Bank, said “this new statistic comes to swell our macroeconomic figures, which are undoubtedly fundamental for decision-making at the country level.”

Statistics also allow comparing the income of tourism in Costa Rica with that of other countries, said the specialists. For example, in Costa Rica, the contribution of tourism to the GDP was 6.3 percent, in Mexico it was 8.7 percent, in Canada 1.9 percent and in Colombia 1.8 percent.

Statistically, the greatest income in the tourism industry came from lodging (20.9 percent), food and beverages services (20.9 percent), road transportation (12 percent) and medical services (10.4 percent). Tourism also accounts for the employment of about 211,000 people or 8.8 percent of total employment for 2016.

Maria Amalia Revelo, Tourism Minister, said that, “the Tourism Satellite Account enriches our knowledge about this industry and thereby enhances the opportunities to propose more effective public policies, programs and projects for its development. The economic dynamics of the sector also allows us to create better awareness among all the actors that participate directly or indirectly in this economic activity on the importance of tourism and the responsibility we assume for the development we aspire to as a country. ”

Another of the Central Bank’s analyses was the preparation of the Tourist Product Input Matrix, which allows us to measure the indirect effects of tourism on the economy. For this analysis, the 2012 product input matrix, the import matrix and the national accounts system were used.

As a result of the calculation of the Tourist Matrix, the contribution of tourism for 2016 goes from 6.3 percent to 8.2 percent of GDP, as a result of the indirect effects it generates on other activities due to the purchase of supplies and raw materials, as well as the demand for complementary labor, among others.

According to the Central Bank, the methodology of the satellite tourism account is closely linked to the central framework of the System of National Accounts, and therefore constitutes a specialized extension of the same, which allows the bank to examine the contribution of this activity in the economy of a nation. It also enables the identification of industries that produce goods and services that are intended for tourists.