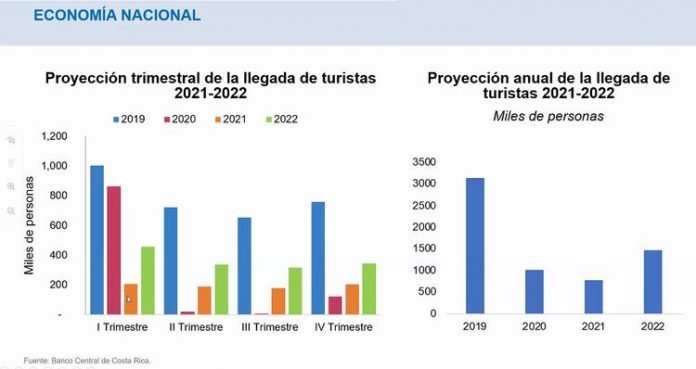 With the bad season, tourism is now projected to have worse figures than those estimates for the rest of the year, to the point that the total visitation of the first quarter of 2020 will not even be reached in all of 2021.

The weakness for tourism , according to President of CR Central Bank, Robert Cubero, will persist through 2022.

These projections are in stark contrast compared to the report from the Macroeconomic Program presented in January presented a scenario in which hotels and accommodation would have a growth of 7.1% this year. The Monetary Policy Report presented this Friday now estimates a drop of -4.2% this year.

Adapted from an article that appeared on crhoy.com.

Vaccine news has led to a spike in tourist bookings