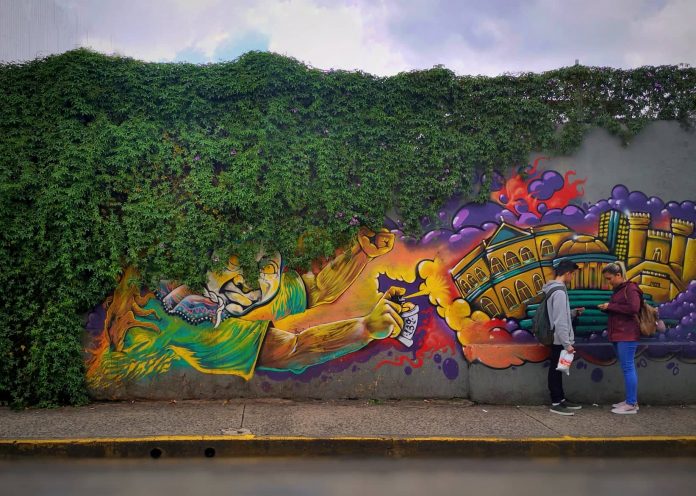 Costa Rica’s capital city was the brunt of some seriously exaggerated criticism last November when Spanish travel company El Mundo Viaje listed San José on its top 10 list of least charming (if not ugly) world cities to be avoided.

According to El Mundo, San José, as a place to visit, can’t compete with the country’s famous ecological treasures, national parks, and beaches. And unlike neighboring Central American countries, offers few cultural attractions.

Sparked by the negative press, viewers on Facebook jumped onto the bandwagon and chimed in with slanders of the city’s lagging infrastructure, crime, political leadership, and indigent population.

“No, San José is not Paris or Rome, but it is our home. And if you really take the time to look, you’re likely to find it’s a home to be proud of,” says Colin Brownlee of CRTN.

Scott K Wimer, of Scott’s Walking Tours, offers organized and “spontaneous” pedestrian tours through the barrios, markets, and hidden nooks of downtown San José. “It’s the “anti-group tour” for people wanting to see what the city’s really about” he says. Scott listens to what his clients are looking for and leads them into his urban universe. One that he not only admires but knows intimately.

“In my opinion, San José is getting better and better. There are so many places that most people never notice – hidden worlds where different cultures live together. Of course, they’re knocking down some of the old run-down buildings,” explains, “but that’s just part of the modernization process. There are all these green spaces and parks where people can sit and reflect. Like the Peace Park, for example, surrounding a striking monument made entirely of guns.”

Visitors unaccustomed to the gated facades of most homes are misled into thinking the area may be dangerous. However, by looking closely, San José’s eclectic culture of professionals, bohemian students, artists, foreigners, and uniquely friendly Costa Ricans is revealed.

Take Barrio Escalante, for example: many of its mid-century modern homes have been transformed into artsy cafes, theatres, and craft breweries. The neighborhood is funky and alive and takes pride in supporting local musicians and artists.

Or Barrio Lujan, just south of Chinatown, whose population of predominantly Chinese and Italian residents coexist in a fascinating harmony with their Costa Rican neighbors. Visitors can sample local Italian cuisine or watch the ancient art of Tai Chi in the park.

There are many of these small and intriguing neighborhoods scattered all over the city. As well as the artisan and central markets (Mercado Central) where visitors can get a feel for the incredible abundance of fruit and vegetable produce, seafood, culture, and craftsmanship the country offers.

Then there’s a host of museums and art galleries to choose from. Both the Gold and the Jade museums hold some of the largest collections of pre-Colombian artifacts in the world. The Costa Rican Museum of Art and Design or the Art Museum (ref.) also showcase extensive collections of past and present Latin American and international artists.

And perhaps the most important feature—when bad talking our country’s capital, those complaining should stop and think—where else in the world can visitors witness the exact site where, in 1948, this tiny nation dared to stand up to the world in defence of humanitarian ideals and abolish its army in favour of education and healthcare? It’s at the country’s original military barracks, which is today’s National Museum located in downtown San José.

Ugly San José? No. There’s work to be done, it’s true. But take the time to look closely, and the capital’s inner beauty will surely reveal itself.

June Stats: Is a Rebound Underway?