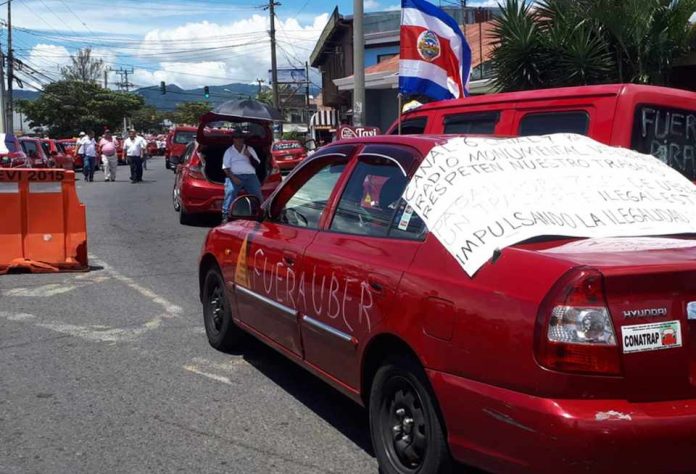 Here at CRTN, we occasionally get letters from readers suggesting subjects that they think we ought to cover:

“The time has come. We as hotels and tourism industry can no longer sit at the mercy of road blocks. So many citizens and visitors to the country are severely impacted and the effects are long lasting.

“We understand how the lack of regulation and clarity of the current laws affect you. Hotels and other licensed accommodations are in the same position. But, we as an industry will not hold the rest of the country hostage.

“We are calling all Hotels, Agencies, Tour Guides and all tourism workers that are concerned about the damage to the country and the toursim industry to stand up and immediately stop using and allowing red taxis on their premises. Until there is a guarantee that Red/Orange taxis will not illegally block roads, we must resort to other forms of transport. Yes, that means in many cases Uber. While it is not a preferred course of action, we just cannot continue support services that are engaging in illegal actions (road blocks) that threaten our future and the whole economy of the country.

This one was more call to political action than objective fodder for a news article, something that we would not normally print verbatim, if at all. But in this case, we’re doing just that. Not because we wish to join our correspondent in his campaign, but because it presents a handy segue into a conversation that is vexing to many: disruption to traditional systems through technological developments. We feel that our role is to bring nuance to this conversation and encourage dialogue, not to stoke fires of resentment. Here, our acting staff columnist Hedley Bontano thinks about how to respond to technological disruption in the tourism sector.

I’m not fond of the business model of companies like Uber and Lyft. They strike me as neocolonial exploiters of local populations, a modern (if dispersed) version of the British East India Company that sucks resources out of local economies and transfers it to elites on distant shores, leaving behind human and environmental wreckage. 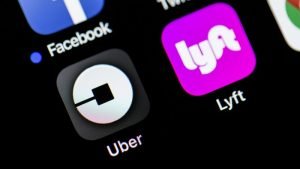 The difference, of course, is that the The King (ie: Silicon Valley executives) never actually has to send his footsoldiers (programmers) to labour in the countries whose resources they leech. Technology allows them to do it all remotely, without having to suffer intemperate climates or a dearth of cucumber sandwiches.

That said, whenever I’m in a city with ride hailing services such as Uber, I can’t help but use them quite enthusiastically. If you put the corporate structure problem (and its typical effects on the drivers) aside, ride hailing is – hands-down – a vastly better user experience than a conventional taxi service – an opinion increasingly widely shared.

In the event that you’ve not personally experienced ride hailing, let me describe it for you:

Obviously, not all taxi rides, or even most taxi rides, are as bad as this example, but things like this happen often enough that one can never be certain what to expect when you get in a taxi. I’ve had countless bad taxi rides in countries all over the world (including Canada).

Ride hailing, on the other hand, is usually like the example shown above. I’ve never yet had a bad Uber or Lyft ride (the only complaint I’ve had is that one driver made no effort to get out and help me stow my luggage into the trunk. He was tipped and rated accordingly.) I know when I get in what the fare will be, there’s no waiting for change or a badly written receipt. Should there be any issues, everything important about my trip is recorded by the app (identity of car and driver, route driven, exact timing, etc.).

I’m pretty sure that I’m not unique about this. Except perhaps for the most politically committed activists (much better people than me), I doubt that many who try ride hailing would be anxious to go back to taxis. Under such circumstances, the eventual dominance of ride hailing seems inevitable – especially with the influence of the young, who are all over ride hailing like bears to honey. The question taxi drivers, and all of us, need to ask is not “How are we going to stop ride hailing?” but “How are we going to adapt to the changes currently under way and ensure fair play for everyone?”

Disruption in Other Industries 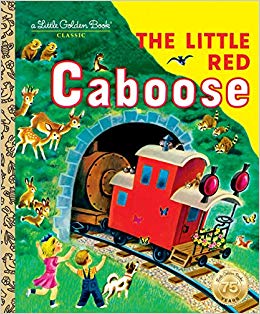 Taxis, of course, are not the only industry that has faced unwanted change. Disruption due to technological innovation has probably been a characteristic of the human experience for as long as humans have been having experiences. Think of all those blacksmiths and equine breeders whose lifestyles were disrupted by Karl Benz and Henry Ford and their horseless carriages. And when’s the last time you saw a train with a caboose? I’m old enough to remember the doomed campaign launched by the railworkers’ union to save the jobs of caboosemen.

What’s different now is the pace of change. Blacksmiths probably weren’t all put out of work overnight, and taxi drivers won’t be either. But there was a big gap of time between those two disruptions. The rate at which industries and practises are being disrupted has increased considerably in recent years, thanks to the fantastic speed of new innovation as a result of advanced computing and digital communications.

Let’s take hotels, for instance, since our correspondent brought it up. The tourism accommodation industry has undergone a series of disruptions, some recent, others less so. The surge in popularity of residential bed-and-breakfasts in past years was undoubtedly a disruptive influence to which conventional hotels had to respond. The latest disruption, Airbnb (technologically very similar to ride hailing in its effects on a legacy industry), is said to be affecting at least some hotels quite a bit, though it may be too soon to say what the ultimate effect will be.

Then there are newspapers. If there’s one contemporary industry for which we have a clear view of the effects of disruption, it’s surely print media. Newspapers, despite putting up valiant fights, have been suffering from declines in readership and advertisers ever since Craigslist (the internet-based want-ad service) started to take off at the end of the 20th century. Smaller, community-specific newspapers have been hit especially hard, with many closing altogether.

Taxis aren’t the only transportation method that is vulnerable to disruption, and ride hailing is not the only threat to them.

Additionally, QCostaRica reports that a Costa Rican investment firm that apparently controls Obike is buying 8,600 bicycles from China, which it plans to ship to Costa Rica and make available to users on an as-needed basis using an app. It appears that Obike aims to have 40,000 mechanical bikes and 15,000 electric bikes in Costa Rica.

There’s also Uber Pool, a service option within the Uber app (in some markets) that

aggregates customers travelling in similar directions. If you don’t mind sharing a vehicle with other passengers for all or part of your trip, you can travel at reduced rates (compared to private service), with all the other benefits of ride hailing.

It might be anticipated that tourists who can toodle around in their own affordable electric minicars or bicycles will find even fewer reasons to use taxis (or Ubers, for that matter). It’s also not hard to imagine that Uber Pool has the potential to draw passengers not just from taxis, but from private shuttle services and even possibly public transit services.

Meanwhile, Airbnb’s Experiences arm may be catching on as well. Experiences is a service that allows an Airbnb Experience Host to provide specialised activities that are not (directly) related to the provision of accommodation. These are expected to be activities that it might be difficult or cumbersome to arrange on one’s own and that feature a certain amount of expertise on the part of the host. In other words, organised tours. If I were a tour operator, this would be keeping me up at night. 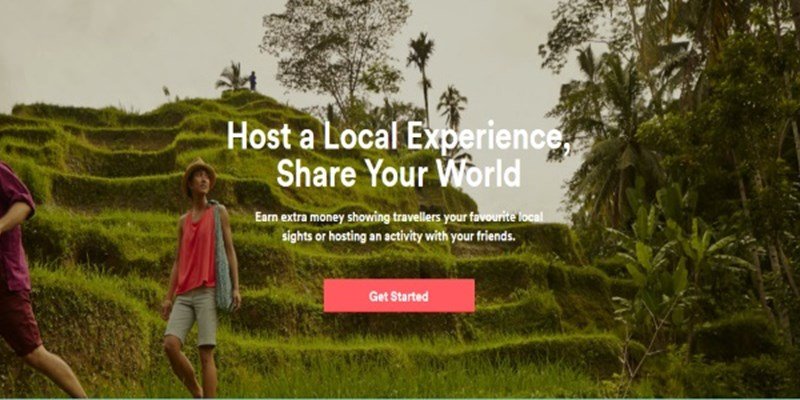 Change isn’t easy for any of these institutions, especially when they lack a great deal of control over the timing or the pace of change. Affected industries must not only be adaptable and tactical, but also realistic in responding to such changes. While hotels and (to a lesser extent) newspapers are interested in and investigating possible regulatory assistance in navigating and surviving the technologically-influenced changes that are disrupting their businesses, neither are relying on that avenue exclusively. Both are also exploring creativity and innovation in order to find ways to adapt.

However, taxi drivers appear to lack the inclination to be adaptable or realistic, and they seem to have a single, dated idea of what is tactically useful. As our correspondent pointed out, what hotels and newspapers are not doing – disrupting the overall economy through illegal and unpopular road blocks – seems to be the only thing taxi drivers are doing.

I’m not, of course, just talking about trying to compete since Uber came along. I can still recall my first visit to Costa Rica, in 1999, when the manager of my hotel took the time – unprompted – to advise me how to navigate taxi-using. She told me what the prices should be, what scams to watch out for, and which drivers to completely avoid.

We could be forgiven for believing that, for many taxi drivers, competition means competing to see who can take most advantage of unwary visitors. Too many are seemingly incapable of understanding that if you make an effort to provide honest, reliable service above and beyond your customer’s lowest expectations, you earn a customer’s loyalty, ultimately a net gain for the whole industry.

But most, it seems, have never learned that, and then when Uber came along people unsurprisingly started to abandon taxis with abandon.

There are certainly good reasons to be in favour of regulation of some of these disruptive industries. For one, disruptors should be subject to the same taxes, fees, and regulatory oversight as other businesses, to ensure that everyone’s playing on a level field. That may 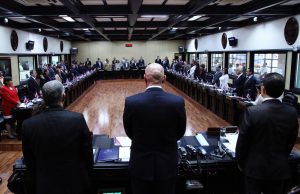 Guests to Costa Rica, and equally, Costa Rican citizens, deserve to know that there are reasonable standards in place for the services they use. Governments have a legitimate role to play in these things, and they should be willing to exercise it on behalf of everyone concerned, at least as far as is reasonably necessary.

At the same time, everyone concerned needs to recognise that the world as we know it is changing, and that if we are to adapt, we have to be willing to change and innovate along with it, or risk being left behind. That doesn’t mean that we have to meekly submit to every change that comes along, but we’ll do much better if we’re willing to bend with the winds and not try to stand against them rigidly.

Whether you’re a hotel owner, a taxi driver, a tour operator, or run a restaurant, how you do business is undergoing significant changes. However we feel about them, taxi drivers are our fellow citizens, and they deserve as much support in the face of change as any of us would expect for ourselves. And taxi drivers and their unions could do a lot better for themselves if they looked for ways to better satisfy their customers and sought out allies in other service industries, instead of making enemies of them.