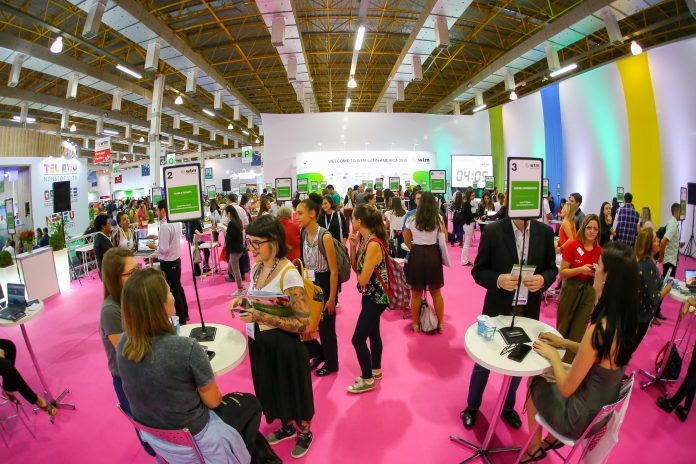 The Costa Rican Tourism Institute (ICT) and representatives of private-sector tourism companies participated this month in the Latin America World Travel Market (WTM) fair in Sao Paulo, Brazil. This fair is considered one of the main trade fairs in the continent due to its strategic impact and the high attendance of wholesalers.

According to the organizers, last year 11,963 visitors, all of whom are professionals in the tourism industry, attended the fair and approximately 12,000 meetings were held, which led to an estimated US $7 million in trips to the participating destinations.

WTM Latin America is organized by a high-precision online appointment system and with the Business to Business (B2B) modality.

Ireth Rodríguez, Head of Promotion at ICT, explained that although the fair receives a high percentage of Brazilian buyers, it is also attended by other wholesalers from all over Latin American, which enables them to schedule appointments with professionals from other South American markets of interest such as Argentina, Chile, and Peru.

“WTM Latin America is one of the main events aimed at the commercialization chain in Brazil and proves to be one of the main promotional actions in this enormous country,” explained Rodriguez.

A recent study of the Brazilian market published in 2019 reveals that 40% of visitors travel in pairs, 21% alone, and 19% with family. The average stay is 14 nights, with an average expenditure of $125 per day. The most popular activities include sun and beach activities, enjoying the local gastronomy, observing the local flora and fauna, and visiting volcanoes.

WTM Latin America is organized by Reed Exhibitions, a company with extensive experience and responsible for the organization of WTM London, in which Costa Rica will also participate next November.

Due to the success of this fair, progress is being made in the organization of the ICT’s international fair, which is expected to be attended by at least 20 of the most outstanding international fairs related to tourism and travels. This program strengthens the positioning and promotion of Costa Rica in its main issuing markets in South America, Europe and North America.